Curious/Creepy: the coolest grandma in the world

So, here I am in sunny Kingston, ON. I took the train down last night and am here to visit friends. AND, I may say, to make myself fat for I have gone to the Saturday farmers' market downtown and I have purchased Wolfe Island bread (Red River style) and Betty's Byre strawberry rhubarb jam and I have put these together with Earth Balance between them and lo, it is very effin' good. So good I can't stop eating it and I'm going to explode soon. Also, my friend Vee and I are going to make pierogies tonight so the belly-busting will continue. Yeeeessssssss.

But I had to get here somehow (train) and that means I had a rare opportunity to be creepy. So here's what I saw people reading last night.

Pride and Prejudice and Zombies by Seth Grahame-Smith and Jane Austen. I was actually not even on the train yet when I spotted this one. I was walking in the line to board my train when I saw someone in another line reading this. She was white-haired. She wore bifocals. She was the essence of frumpitude. SHE WAS THE COOLEST GRANDMA EVER.

Not that I've read or want to read this book. I tried, very briefly, to read this book and was so irritated by it that I gave up almost immediately. However, I admit, and it may be prejudiced of me (har har), but I don't generally assume that little old ladies are into zombies. They make great zombies (just like little kids - eeek!), but it doesn't seem like a natural match to me, reading interest-wise. But maybe she's seen Zombieland and knows what's what.

This zombie- and Austen-loving g-ma was so cool that I was tempted to jump lines and beg her to adopt me and take me to her gingerbread house full of books. But there's bread to be ett in Kingston. Also, living in Toronto, I was running a little short on oxygen. But the infusion has done me good and already I've run 4 marathons, saved a family from a burning house, and been book-shopping.

Wolves Eat Dogs by Martin Cruz Smith. This tome (hardcover, from a library) was being perused by the guy I sat next to on the train. In fact, I sat next to him precisely because he was reading and I wanted to make the spying on him easier for myself AND I didn't want someone who would try to talk to me. You see, I'm reading Anthony Trollope's Can You Forgive Her? and this novel is so satisfying and irresistible that Anthony may have to be my new boyfriend.

I know nothing, absolutely nothing, about Smith. I know the name but have never heard anyone say anything about him for either good or ill. I do notice, however, that he's one of those authors whose name tends to figure about fifty times larger on his book covers than the actual book titles do.

What's that aboot anyhow? When they do this, are publishers secretly acknowledging that books by authors like this are entirely interchangeable? Is it the subliminal equivalent of adding jazz hands and show tunes to potential buyers' internal dialogue when they're contemplating a stack of indistinguishable authors? INSERT THOUGHT BUBBLE NOW:

"Hmmm, we've got some Wilbur Smith here, and some Tre Smith, and some Agent Smith...not sure...Oh hey, MARTIN CRUZ SMITH!!! I bet this book will be great! It'll tell the story of a small-town girl with a big heart and a small purse who goes to Hollywood to make it big, and there'll be tears and dancing and singing and hand-wringing, and a corrupt agent and a heartless director but another director (his rival!! There was another girl and a gun fight and a back alley abortion and a ruined career), from the same small town who also started off with a big heart and no cash, will discover her when she's waiting tables and looking longingly out the window and subconsciously striking poses because she's just that much of a natural, and not only will he discover her but also he'll fall in love with her, yeah! and...this looks like it might be alright."

Ahem. So, the reader of this book was a middle-aged fella who liked electronic thingies like the kids use. He had a Crackberry which he texted on a lot. He had an iPod which he'd very sensibly strapped to his wrist. And he was much more interested in not talking than I was so we got along fabulously.

The Castle of Wizardry by David Eddings. This well-thumbed paperback Fantasy novel was being read by a woman one row up and to the right of me. It took me a long time to see what she was reading because apparently even with my glasses on, I'm still half-blind.

Reader was in her forties I'd guess, had her hair in a pony tail, was wearing gigantic 80s earrings, a sweatshirt, her pj bottoms, sneakers. It's time for the pot to call the kettle black...er, white. It's time for the white trash kettle to call out the other white trash kettle in the vicinity. There, you've been called out, Fantasy-written-for-14-year-old-boys-reading lady in pj pants. I'm just better disguised than you are but I recognize my people when I see them. See you at the Trailer Park Boys convention in May!

Sir Gawain and the Green Knight, etc by some unknown but talented m.f. from the middle ages. One row behind me, to my right. Taking a Via train on the weekends exponentially increases one's chances of witnessing an undergraduate studying. I know this. It's science.

This kid was maybe 20 and was wearing a University of Western Ontario shirt. It was purple, like a certain large dinosaur I once knew. This guy read all the time. Unlike my SMITH!!!!-reading row-mate, he never allowed himself to be distracted by electronic thingies with lights and cute bleeping sounds.

He wasn't even distracted by his persistent and painful-sounding cough. It may have been the consumption. It mayn't have been a galloping consumption but it was trotting, and with purpose and direction. I'm surprised his lungs stayed anchored in his skinny chest. But he was committed to the olde Englyshe poetrye and would not be stopped.

FAIL. Also, I failed in one of my spying attempts. I know. I feel the pain of it too. I'd been on such a good run. The person in the row ahead of me, but in the seat in front of me, was reading a fat novel. I was sure I'd established that it was a book called The Apprentice by Clive Cussler but I can find no evidence on the interwebs that such a book exists. Sigh. Please, don't turn me into glue; I'll keep working!!!!! 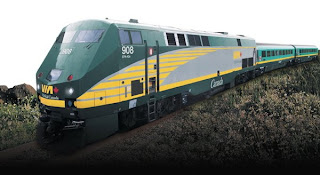 I already love you most, and then you write a post like this and I love you more.

You were on fire last night! I don't think I've ever spotted so many readers on a train. But then there aren't any trains where I live, so that might be it. And also Americans don't read. ;)

I have no idea who this Smith person is. I think James Patterson wrote a book called The Apprentice...? And that kid from University probably had the swine flu. :(

I tried to play this game recently and discovered two things while losing: 1, a person with fairly bad eyes should not try to play this too often (I couldn't read half the titles) and 2, it's a bit hypocritical of me to play this game without a book in my own hands. Strange, isn't it? I've never been a big train/bus/metro/etc. reader, mostly because I'm often scared I'll miss my stop. And yet here I was, critically examining other readers without offering them insight about me and my bizarre reading habits. I ought to be more fair to them, no? Hm... Planes, on the other hand, are delightful. I have very good luck catching titles on planes. Of course, everybody reads on flights so perhaps that's not saying much... and it's not like the plane makes a mid-Atlantic stop to let passengers off...

I have to wonder if that grandma got the book from her grandkids. Perhaps they thought it'd be a funny joke...?

I want to go spying now! But I'm also half blind, therefore my chances are sliiiiim.

raych: I write these for you! Also, maybe a little, to satisfy the part of me that's a total creepy bastard.

heidenkind: Yes, I certainly had a lot of luck on Friday. Tonight, on the way back, I saw only two book-readers in action and could only tell what one of the books were (The Great Gatsby).

An Anonymous Child: I always try to make sure any potential book spies can see what I've got on the go but I don't notice it happening much. Which may be a good or a bad thing.

Also, reading in transit is a risk as you fear. Both my husband and I have missed our stops on the subway for being so involved in our books; once, my hubby went something like 12 stops too far!!!!

Beatriz: Chances of success in book spying are greatly increased by how creepy you're willing to be. I find it easier on a bus or subway where many people are already standing and so walking around doesn't seem weird. But on the train, where everyone's sitting down like the civilized travellers they are...it's much harder.