It took me much too long to read Bernard Cornwell's second Saxon chronicle, The Pale Horseman. As indicated in my previous post, I wasn't really enjoying it at first, but once Cornwell got to telling of Uhtred's role in King Alfred's attempt to win back Wessex from the Danes, it became quite compelling.

I think I've also been suffering from a very rare but luckily quite mild case of reader's block. After submitting my thesis, I seemed to lose my desire to read much and that left me feeling isolated, confused, and generally quite modern, in the ennui-infused sense as opposed to the technologically advanced or fashionable senses.

I think I'm now starting to get over my reader's block but I also think my recovery therefrom may be rather tenuous, so I'll have to choose my next novel quite carefully. I need something fabulously light and mentally untaxing. Also, maybe something with very few characters and only 2-syllable character names.

The Pale Horseman picks up where The Last Kingdom left off and except for the weird Viking detour at the beginning of the book, was a good yarn. All of Cornwell's Saxon chronicles are based on true 9th-century English history and he sticks pretty closely to what's known while providing notes at the back about what he has played liberally with for the sake of good fiction. There was much more (if that's possible) male aggression in this second installment though, including against women; the "humping" he so often referred to in the previous book here became more obviously what it usually was - rape - and I think that may be more realistic as well. To make a play for understatement of the millennium award, war doesn't make for good behaviour, even in the face of Alfred's strenuous attempts to civilize and Christianize everyone.

This book is messy and testosterone-y and violent as hell; not really what I generally go for, but somehow still compelling, perhaps because I am too partial to anything related to early English history. Really though, I think I like the way Cornwell manages to show how disgusting and awful war is while still making it possible to empathize with a character like Uhtred; Uhtred defines himself by his battle success, even as battle alternately exhausts, terrifies, and compels him. In any case, my initial reservations about The Pale Horseman evaporated around page 90 so I think I'll see how book 3 of the Saxon chronicles stands up. But not right now. Right now, I need fabulously light. 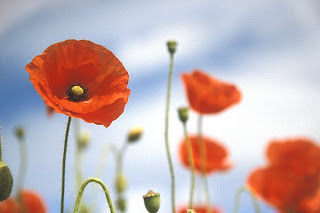 Well, you may have reader's block, but you certainly don't have writers block - a beautifully written post!

Perhaps for your next read you could delve back into classic young adult - in the vein of your recent foray into "The Wind in the Willows." Something like The Chrysalids, Watership Down or The Phantom Tollbooth could excite your imagination for reading again :)

I'm going to check out The Phantom Tollbooth ASAP. I've read everything else you've suggested and am at a point in my life where I can't reread books - that would feel too much like graduate school.