The Reading Lamp: is spoon-feeding your baby similar to teaching first-years how to write? 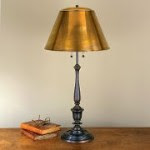 I think I may have borne witness to part of Tony's Facebook argument about whether or not what Haruki Murakami writes is literature, but well before I knew him. You see, I briefly joined a Facebook group called "Haruki Murakami is almost God", not because I think that bombastic statement is true, but because I wanted someone to tell me what the hell Kafka on the Shore was really about. That didn't happen.

Tony could maybe tell me but he's off the clock now so I won't ask. Enjoy his Reading Lamp interview, which was most certainly not completed while he was at work. - Colleen

Your name: My name is Tony Malone, and I’m an Englishman stranded in Melbourne (long story).

What are you currently reading? My main book is The Brothers Karamazov by the wonderful (and, unfortunately, long departed) Fyodor Dostoevsky, but I’m also reading a novel on Facebook, The Man who Painted Agnieszka’s Shoes, by a man called Dan Holloway. I’ve been reading it for quite a while now, mainly because he only writes a chapter or two each week….

Where are you reading them? Usually on the train to and from work, the only positive side to the hell that is commuting, and I try to fit in a little in the evening (assuming I have any energy left after a day spent trying to teach college students to write and my daughter to use a spoon). However, Dan’s book can be consumed in bite-size segments during work-time… I mean, in my free time.

What is the one book you love so much that you can’t be objective about other people not loving it as well? Have disagreements ever come to blows? I have had a long-running dispute with someone on Facebook who refuses to accept that Haruki Murakami’s work can be classed as literature; it’s come as close to blows as the medium allows! To be honest though, I’m more likely to get worked up about books I detest than over those I like (more on that later).

How do you choose what to read next? I stand in front of my bookcase, sway gently from side to side while I think about which of the myriad unread books I should pick up next, and wait for inspiration. It usually takes me a while.

If books are part of your working life, how do you maintain a line between reading for pleasure and reading for pay? I work as a Learning Adviser at a college which bridges the final year of high school and the first year of university, so books are definitely a part of my job, but I rarely feel the urge to blog about any of the business texts which come my way (with one notable exception near the start of the year…): Mishima v Management, 5th edition.

What book have you hated so much you wanted to cause it or its author harm? The Catcher in the Rye – Holden, you are not misunderstood, you are a whiny teenager, and nobody loves you (and for good reasons).

Who do you talk to about books? The world, or rather that part of it which uses Facebook and does not wish to discuss Twilight. Sadly, my literary conversations tend to be virtual rather than face-to-face. Recently, I have expanded into reading other people’s blogs as opposed to just expecting them to read mine and be grateful for my words of genius – and look where that’s got me. :)

Does the literature of a particular country or region appeal to you particularly? I lived in Japan for three years, so Japanese literature always evokes memories of my lost childhood (OK, mid-twenties – doesn’t sound quite so romantic though). I also used to live in Germany after finishing my bachelor’s degree in modern languages, so the least I can do after the government paid for me to study German for four years is to use those skills to sit on my backside and read Heinrich Boll novels. Finally, like just about everyone else in the blogosphere, I’m very partial to a bit of Russian literature – and I believe we’re back to where I came in…
Posted by Bookphilia at 11:34

Very nice! I can inform you that my daughter is usually much easier to handle than students trying to write marketing reports (except when it comes to bed time when she suddenly becomes very awkward!).

I noticed Tony mentioned face book-is there any sort of book bloggers group on face book?

Tony: Regardless of how squirmy she might become at bedtime, she's pretty darned cute, which probably works in her favour. First years are often decidedly un-cute.

Mel: I'm not sure if there's a book bloggers group on the Facebook; I've been trying to spend less time there lately.