For better or for worse, I continue to stick to an annual listing of my favourite books only on the anniversary of the creation of this blog (sometime near the end of March) - so you'll have to wait till then. I have, however, been enjoying perusing others' lists.

Some of my 2010 favourites include Tony's - we have very similar tastes in books, so I feel inspired to check out the books on his list which I haven't read. Then, there's my friend Andrew's 14-year old son's list - when I was 14, I think I read as much as young Harry does but the most intelligent thing I was likely to say about the Stephen King books I tended to stay up all night reading is that they were either "awesome" or "gross" - or both. Finally, there is Rohan's year-end list of hits and misses - as always, I'm humbled by Rohan's enthusiasm and variety of tastes even if I can't wrap my head around her not loving Cloud Atlas; no one's perfect, I guess, not even brilliant Victorianists who write brilliant book blogs. ;)

2010 has been, for me, a unique, complicated, horrible, and amazing year. Some of this you'll know due to my many posts on the demise of our bookstore. After three months of post-disaster rest, I'm feeling almost entirely human again and will begin looking for work in January. There have been other difficulties and decisions too personal to discuss here but all of the ups and downs of this year, in their sheer persistence and volume, have made reading more difficult for me than it's ever been. I've abandoned a lot of books that I should without difficulty have been able to delve into and finish. Indeed, I've just officially abandoned Hilary Mantel's Beyond Black after only 50 pages - after finding both Wolf Hall and The Giant, O'Brien to be two of the best novels I've read not only this year, but perhaps in my entire reading career!

Luckily, I still have a number of Ellis Peters's Brother Cadfael chronicles to help me through the worst reading slumps, and this morning I completed the 12th - The Raven in the Foregate. It's not my favourite in the series, certainly, but it did what I knew it would - it allowed me to enter a familiar and favourite literary world and get my brain into a comfortable reading groove again.

Peters has made me so book-hungry again, in fact, that I'm already half-way through Ian MacEwan's On Chesil Beach, which as it's so short and I find it so compelling, I may find time to write about tomorrow; if not then, on Saturday.

I received a number of books for Festivus, but they were mostly cookbooks. Great cookbooks they look to be though: 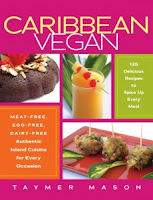 I haven't made anything from this book yet but it has a recipe for macaroni pie, which is one of the best things I've ever heard of and desired to stuff my face with. 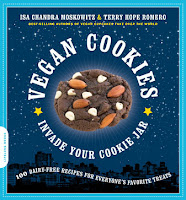 I've already made the pumpkin pie brownies from this one, and I have one thing to say: show-stopping number. Oh mah god! So decadent, so delicious, so fattening, so tooth-rotting, so perfect.

The authors of this also have a fantastic cupcake book. If you're not made at yourself, go get both books, now! 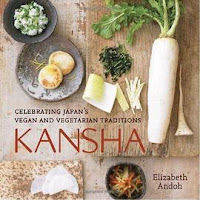 This book both pleases and frightens me. The recipes look amazing but I don't recognize even half of the ingredients! 2011 is promising to be an exciting year for expanding my culinary repertoire.

I also got the short stories of J.G. Ballard which, as I've read Crash (one furtive afternoon in my alma mater library, I read it when I was getting paid to re-shelve books), fills me with no little trepidation either.

The only thing I'll say about my 2010 reading overall is that I'm sorry at how entirely my French Literature Project reading has been sidelined. I'd like to get that back on track, once I become disciplined enough to finish books that I don't adore from page 1. Perhaps Memoirs of Hadrian will be good practice; I really don't want to abandon that one entirely, too.God, I haven't even read Proust or Stendhal - I can't give up yet!

And here's a random link for your amusement: Palinode's Shakespeare quiz.
Posted by Bookphilia at 21:00

Thanks for the mention - yay me ;)

I always wait for the end of the blogging year to post too - I just happened to start on the 1st of January!

Good luck with everything in the year ahead :)

Oh Colleen...some years are just like that, but it doesn't make their pain less intense. I hug you from here, and pray that your 2011 will be filled with joy and peace and many hours of reading blissfully. Believe me, I've suffered terribly in some years (most particularly with the death of my first husband) and I can attest to future joys. Even though they seem they'll never arrive.

Here's to better reading and better times in 2011. Hope your new year is just as you want it.

You'll have to tell me if you like Caribbean Vegan! We've got the cookie book and haven't done the pumpkin pie brownies yet but the samoas and the chocolate peanut butter pillows are scrumptious! Happy New Year!

Tony: How organized of you to begin on Jan 1. Best of luck to you, too!

Violet: Thanks very much. I'm actually looking forward to the job hunt.

chasingbawa: I found a second-hand but pristine copy of The City & The City today...things are definitely looking up.

Bellezza: You are such a kind person, lady. Big hugs.

Stefanie: I've been dreaming about those chocolate peanut butter pillows....