I've been thinking a lot about Rohan's post late last week about reading well and the result has been that I've put down Middlemarch, which I boldly began just a few days ago. I began Eliot's most famous novel after becoming increasingly irritated and bored by Marguerite Yourcenar's Memoirs of Hadrian.

I think Wolf Hall has ruined me for fictionalized biography of historical figures. Yourcenar decided to structure her novel as an epistle penned by Hadrian and addressed to his heir, a choice which I felt held a great deal of possibility for the kind of subtle and minute, yet utterly irresistible, explication of character firmly tied to historical context which characterizes Wolf Hall and which has made it one of my favourite books, period.

Memoirs of Hadrian, however, primarily comprises long and rather dusty lists of Hadrian's accomplishments, interspersed with compellingly unsettling meditations on politics, life, family, war, etc delivered in shockingly gorgeous writing. If the latter outweighed the former - hell, if the latter and the former were going 50-50 on the book - I don't think I'd have ever considered not finishing it. As it is, I'm not sure what I'll do with it but because it's the sort of book that can be picked up after a lengthy bit of time without anything being lost (it is a story that has no momentum whatsoever), it's possible I'll pick it up again. I've passed the 100-page mark with it; it would be a shame to let it go completely.

Having only gotten to page 50 with Middlemarch, however, the decision to lay it aside was a much easier choice. I am an unabashed fan-girl of George Eliot, but even before I read Rohan's post, I already knew I couldn't give it the attention and care it deserves. Reading that post - and re-reading the posts I did on Romola, and which Rohan so graciously linked to - clinched it. Not only does Eliot deserve better - she deserves everything I've got, and more - but I also know I am generally capable of much more than I seem to be capable of right now. And so, I've moved on to the readable (in spite of phrases such as "She had the mouth of an underfed rabbit") and plot-drenched mystery novel Crossfire, by Miyuki Miyabe. 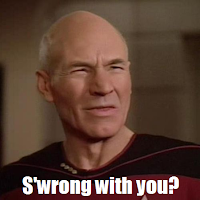 What's wrong with me? Well, nothing, really. I can identify two things that might explain the fact that I currently don't feel like reading anything very heavily literary. When I was laid low with that horrible flu or whatever it was, I found myself both out of caffeinated beverages at home and unable to leave the house to go get more. I endured an enforced, but much less unpleasant than it could have been, detox from coffee and other lesser caffeinated drinks of extreme deliciousness. So, having already gone through detox, when I became well enough to leave the house I decided not to immediately re-addict myself to the noble bean, even though my friend Jason has rightly assured me that I'll be back. The point is, while I don't have a caffeine deprivation headache, I still feel some residual fuzziness associated with removing an important column in the support of my brain function.

The other thing is, after months of just plain burn-out, I'm starting to feel like very few 35-year-olds are likely to feel - I feel, as I am currently an unemployed waster and have been since the end of September, like I'm a kid on summer vacation. And the best thing about summer vacation is the horizon-less vista of fun and silly book-reading that is also often practiced in tandem with staying up very late with well-thumbed mass market paperbacks, getting 15 books from one trip to the library, and eating delicious sugary things while reclining in decidedly un-ergonomic positions. (I'm actually too old for the spindly-spine sprawl of the 15-year-old I once was; I, in fact, sit very correctly both for present comfort and to ensure that I have a long reading life ahead of me; but you take my point.)

I know you're likely sick of me posting on why I'm not rocking Bookphilia like a hurricane of pure awesomeness, and the fact is so am I. It's also true that I've finally decided to stop worrying about it; I know, I'm such a bloody drama queen. Summer vacation is not about worrying. It's about eating chips and reading fun things and sometimes making fun of them and sometimes enjoying them, and sometimes both. So, unless I'm struck by inspiration from a divinity whose existence I mostly doubt, expect a hopefully not entirely unreadable combination of laziness and silliness here for the foreseeable future. And enjoy your holiday reading too, my friends.
Posted by Bookphilia at 23:43

I, too, am currently unemployed. As a father of two, I also realise that this could be the most recreation time I get for the next few decades.

The moral of the story is - enjoy your free time while you have it :)

Wow, actually two wows. I'm unemployed, too. And I'm struggling with these self-same thoughts, as I botch my reading of Crowley's The Solitudes. Your post has given me permission to set it aside. Cheers. K

Love the Picard pic! Sometimes lots of plot is what a girl needs especially during summer vacation. Heck, the more plot the better. Perhaps some fruity drinks with umbrellas in them, Calypso music in the background and a cabana boy to serve your every whim is also called for ;)

eating chips and reading fun things and making fun of them and putting down Middlemarch are some of the best things I can think of. (Did not like that book. At all.)

I tried Yourcenar's Hadrian after reading and LOVING her Coup de Grace, but the two were so different I couldn't get past a few pages of Hadrian. I'll try it again sometime, I'm sure I will.

Tony: That is my plan. And as I don't have two kids, I think it'll be easier, even though there'll be many fewer excuses for playing in sandboxes.

Interpolations: Perhaps we should have a contest: which of us freed but formerly oppressed book blogging spirits can write the silliest post.

Stefanie: I like the way you think! And that you understand the use of Star Trek: TNG photos in contexts such as this.