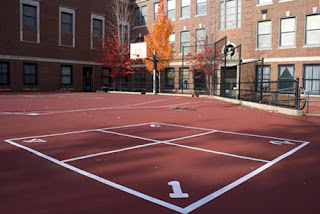 It's been a tough one in some ways, but my fourth year of blogging has been filled with a number of truly stellar reads. I've abandoned a feature (the Sarazens Head), lost (hopefully only temporarily) interest in one (I Interview Dead People), and have periodically maintained the most popular (Curious/Creepy). Indeed, a friend of my hubby's recently rejoiced that because I'll soon be commuting to work every day, I must necessarily write more C/C posts. I will try, humbly (and creepily) to fulfill his expectations in this matter.

The best part of the end of the blogging year for me is always compiling my lists of most and least favourite books; here they are:


Favourites! in no particular order, except for the first four, which blew my mind the most:
J.D. Salinger, Raise High the Roof Beam, Carpenters and Seymour: An Introduction
Hilary Mantel, The Giant, O’Brien
Hilary Mantel, Wolf Hall - absolute most favourite!
Dorothy L. Sayers, Gaudy Night
Anthony Trollope, The American Senator
T. Colin Campbell, The China Study
Osamu Dazai, No Longer Human
Ellis Peters, The Rose Rent
China Mieville, The City & The City
Shusaku Endo, Deep River
Ian McEwan, On Chesil Beach
Giuseppe de Lampedusa, The Leopard
Yoko Ogawa, Hotel Iris
David Mitchell, The Thousand Autumns of Jacob de Zoet
William Gibson, Neuromancer
Osamu Dazai, Blue Bamboo and Other Stories
George Eliot, Scenes of Clerical Life
Fred van Lente and Ryan Dunleavy, The More Than Complete Action Philosophers!
Shaun Tan, The Arrival
William Shakespeare, The Winter’s Tale
John Ford, 'Tis Pity She's a Whore (I never reviewed this on Bookphilia; it was approx. the 15th time I'd read it; it's still an all-time favourite, in spite of the fact that it figured prominently in my doctoral thesis)
Sadly, year four wasn't a total love-fest. Least favourites:
Orhan Pamuk, The White Castle
Edogawa Rampo, Japanese Tales of Mystery & Imagination
J.M. Coetzee, Youth
Miyuki Miyabe, Crossfire
Aravind Adiga, The White Tiger
Andre Gide, The Immoralist
Emma Donaghue, The Woman Who Gave Birth to Rabbits
Patrick Ness, The Knife of Never Letting Go
David Almond, Heaven Eyes
Gustave Flaubert, A Sentimental Education
Bram Stoker, The Lair of the White Worm
I don't usually make reading plans, and when I do, I often fail to execute. Nonetheless, I have an ambitious project for Bookphilia 5.0: an overview of Victorian lit, mostly fiction, but with some poetry thrown in for good measure. The list has 40+ books on it, beginning with Dickens's Barnaby Rudge (1841) and ending with Wilde's The Importance of Being Earnest (1895). This list was born out of my increasing frustration over the lack of structure in my reading, and the incredible pleasure I've been consistently taking in Victorian novels, even the ones I don't love. I think this will be a safer and more enjoyable bet than French literature en masse. But we'll see. I am notoriously unreliable when it comes to reading lists.
Right now, however, I'm making my way through an entirely non-Victorian fantasy slash soap opera - George R.R. Martin's A Game of Thrones. It's pretty good. But it is a soap opera.
And, of course, I begin work on Monday at my new job. As I will be commuting (about 40 minutes each way), I will certainly be reading a lot. The question is, will I want to sit in front of the computer and blog after spending all day sitting in front of a computer working? I really don't know. I've certainly managed to be employed and blog frequently at the same time before, but I've not spent much of that employment time as a desk jockey. I'm hoping I'll figure it out, but if you don't hear from me for awhile, it's likely because I'm adjusting to a new schedule, etc.
Finally, cheers to all of you who have been reading along all this time! You're the best.
Posted by Bookphilia at 09:17

Congratulations on 4 years of blogging and your new job! A very interesting list you have there, very mixed. And I do agree that GRRM work is one big soap opera:)

Now there's a project I can get behind. Let me know if I can be encouraging in any way.

Congratulations on the extraordinary longevity.

Happy 4th! Of course, I too am a big fan of your reading project--and happy to pitch in, if there's any way I can!--but at the same time I think it's a good thing to let your reading go where it wants to. Structure helps with some things, but if it starts to take the fun out...well, you already went to graduate school, so no need to say more!

Also, congratulations on starting a new job. I hope it's something you feel excited about!

chasingbawa: Thank you, thank you. A Game of Thrones is even more soap operish than I realized when I wrote this post...and I'm enjoying it more and more. I've actually come down with a terrible cold and it's been perfect sickday reading. :)

Amateur Reader: Yes! Take a look at the list of books I plan to read below and tell me if I'm missing anything obvious. And please don't make me read Carlyle.

heidenkind: It is, sort of. I hope I can keep 'er going.

Rohan: You also can check out my list below and tell me if I'm missing anything obvious. If you also don't make me read Carlyle, I will be eternally grateful.

Here's the list of Vic Lit I've compiled for myself:

My plan is to read these mostly in chronological order, but will make exception for Trollope's Palliser novels, as I've already read the first three.

The above fore-mentioned. said...

I wouldn't presume to add - for one thing, I assume that "omissions" (e.g., Lewis Carooll, Jane Eyre, etc.) are mostly books you have read and are not dying to re-read right now, or ever.

I wouldn't want to just repeat your orals list! Or was that all 16th & 17th century stuff?

Congratulations! 4 years of interesting, funny, thoughtful content is about 400 in blog years. And thanks for the reminder that I really do need to get going on Wolf Hall.

Happy blog-versary! (I'm secretly happy about the commute, too.)

I'm late to the party, but congrats on 4 years! I look forward to 5.0 and you Victorian reading.

Congratulations Colleen ... may the coming year be a better one for you. Love your Victorian plan - particularly since you've included one of my very favourite poets, Gerard Manley Hopkins.

Amateur Reader: My comprehensive exams were in 16th-17th century drama, and I've taken only two Vic Lit courses (The Brontes and George Eliot) so everything I've listed here is new territory, even if the authors aren't.

Ying: Yes, better get Wolf Hall done before the mini-you arrives...otherwise, I can't see there being time for at least 15 years.

Thanks all, again, for the good wishes. I'm going to try hard not to abandon the ol' blog now that I'm gainfully employed again. :)