Curious/Creepy: a clutch of crap I wouldn't be caught dead reading

Of course, there's not much of anything you're likely to catch me doing once I'm dead, but if I were reanimated after having kicked the bucket, I don't think my first, second, or even five thousandth impulse would be to pick up any of the following books - except maybe to tear them up threateningly while screaming angrily for more "BRAAAAAINNNS!!!" (Double entendres intended.)

Dude, Where's My Country? by Michael Moore. My political tendencies are very definitely to be found at left of centre but Michael Moore doesn't have anything to do with my revolution, thank you very much.

I have not read Moore's books but there's a reason for that: I've seen his crockumentary Fahrenheit 911, which while having at bottom some good points, turned out to be a vehicle through which Moore completely wanked his credibility into oblivion.

All the serious and respectable lefties in the world smacked their heads saying "Stupid, stupid!" as Moore in this film gleefully honed his skills in the argumentative style best known as "Grade 8 Debating Class/I Know You Are But What Am I?"

The Next Great Bubble Boom: How to Profit From the Greatest Boom in History: 2006-2010 by Harry S. Dent, Jr. The homeless man's Martha Stewart was reading this one. Apparently Dent's book isn't a best seller and it's not incredibly popular amongst those who've rated it on Amazon.ca - it's received a total of 2 ratings with an average score of 3 out of 5 stars (same overall rating on Amazon. com, but with 55 reviews).

Maybe this book has tanked on Amazon because the majority of people in the US (his main audience, I think) have noticed, unlike Dent, that their economy has been using 2006-2010 (I know I'm projecting a little here) to implode not with a bang, but a whimper. Reading some infomercialist's delusional advice about how to profit from what's turned into a total economic shitstorm would be just another slap in the face, I imagine.

I won't be reading this book not for the above reasons, however, but because it would be boring, plain and simple. Plus, the leprechauns are making sure I have enough to eat and are paying my bills, so what would I need this sort of crazy "get rich quick" scheme for anyway?

Tuesdays with Morrie by Mitch Albom. In the library in the 9th circle of hell I'll be trapped in after having kicked the bucket, there will be an infinite number of copies of this book and I'll have to read them all, over and over and over again.

No, I haven't read this book and yes, I am a book snob. Any book that so actively peddles empty feelgoodedness makes me want to barf, in part because the majority of people do, in fact, seem to want to be told what to do (and read - damn you, Oprah!) and because other people exploit that and write books just to sell to them.

Wow, this is all pretty sour, hey? Don't take it personally - I'm just foolin' around, that's all! 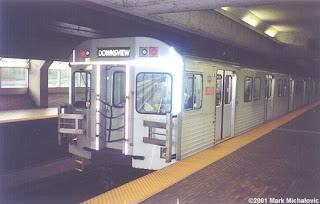 PS-I'm always looking for Reading Lamp interviewees, so please get in touch if you're interested in being internet famous-ish! My email address is in my full profile.

PPS-I had a poll up for about 10 minutes before I took it down. I took it down because there seemed to be some kind of bug in the application and it was causing everything in my blog to go haywire (at least internally). I'm going to wait awhile and then try again.
Posted by Bookphilia at 08:49

Send me some questions, I'll bite!

i read Tuesdays when i was 15. it made me gag even then. this is how i know i'd get along with my younger self.