I don't know why I don't read more Iain Banks - his stuff is always enjoyable (well, except for Walking on Glass, which was absolute shite), and enjoyable in that "this is a tale and an easy tale" kind of way - perfect for the waning of summer.

Banks has written pretty much one book a year since 1984 or so, if one includes his SciFi novels (which I do, and will get around to one of these days). It'll take me a while to catch up with him and in the meantime he'll be churning out more awesomeness; it's good to have something to look forward to.

(Speaking of having something to look forward to - I found out while browsing in the bookstore last night that Rohinton Mistry has a new book coming out in October! Woot! Now, back to our regularly scheduled program.)

I got Espedair Street through Bookmooch sometime last year and decided this week that I needed a major antidote to that Mishima biography, which I think I'm still a bit depressed and irritated about. My friend E. down in the King's Own Town suggested that I couldn't enjoy Mishima's biography because I assumed "that such reading might enhance your experience of his fiction" but that this assumption was misguided because it "stems from your academic background in the lurid, yet scant biographical details of Jacobean dramatists (plus Marlowe of course)."

Right you are and well said, E. Nothing keeps the flame alive like knowing only (to refer to Marlowe again) that a writer you like was a spy, reputedly liked to say outrageous and dubiously sincere things like "Anyone who loves not tobacco and boys is a fool", and was stabbed in the eye with his own knife at 29. 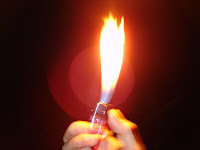 Again, back to Banks; I'm as flighty as a strung out rock god this morning - sorry. My choice of Espedair Street, it turns out, was a good one, for while the lives of 70s rock gods are often tragic, Banks has a way of describing the heavy stuff so lightly that it's not too painful. Rather, there's a sort of nostalgia for the destructive innocence of the time which, while very destructive indeed, is somehow made to look kind of sweet and a hell of a lot of fun.

Espedair Street is not the first fictional rock biopic I've read; years ago I had the pleasure of reading Paul Quarrington's Whale Music, which was also seriously good times. Someone made a film version of Whale Music and recently I saw the star - Maury Chaykin - in a local restaurant. Yes, I stared like an obsessed stalker because this is Canada - we stare but we don't approach.

Unless it's Brad Pitt (to recall last year's or the year before's Toronto International Film Festival) - if it's Brad Pitt, we throw our babies at his car and imagine that will endear him to us, given his propensity for adopting small armies of babies in every country he visits.
Posted by Bookphilia at 09:05