The Sarazens head without New-gate: happy anniversary to me! 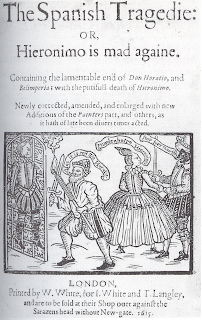 So, it's December 19, 2009, which means that hubby and I have been book-sellers in our very own store for exactly one year today. Let there be celebratory cake, for everyone!

(As well, it was our 4th wedding anniversary 2 days ago, so all in all, mid- to late December is both a busy and excellent time of year for us.)

As you know from previous editions of The Sarazens head, it's been a year filled with hilarity, terror, boredom, and pure awesomeness. I won't recap, in part because I see no need to tip your experience in favour of the boredom and in part because I'd rather relate to you a conversation I overheard here yesterday.

This conversation was so steeped in fearless intellectual inquiry and philosophical depth that I felt it was not only a sign of the central role bookstores can play in the life of the mind for the general mass of people, but also a portent about how our next year here will go.

Picture, if you will, two women, approximately 20 years old, lounging near the literature section.

A: So I went to this like potluck last night. And Andrew was there and he had a new girlfriend.
[Pause]
And she was like so ugghhh. And I was like unggg!! and aaah!!!*Sigh.*
You know?

I couldn't answer in a properly illuminating way for I was too busy transcribing said Socratic dialogue. What a feather in the cap of a pretty successful first year! I am speechless with wonder and gratitude. (FYI: I say "pretty" successful because we did okay but the recession definitely got us like it got everyone else.)

The coming year in bookstoreland 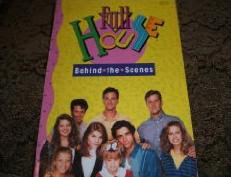 Having, especially in the first few months, taken pretty much any book downsizing baby boomers were willing to throw at us, we're much more selective than we initially were and will continue to become even more so, and not just because we're seriously running out of space.

Our predecessors never got over this early inclination of fear and desperation and as a consequence we are currently saddled with no fewer than 15 hardcover copies of The Da Vinci Code, not to mention the Pulitzer Prize-winning smash hit Full House: Behind the Scenes.

You would think a book-seller being selective about what they acquire would be a pretty common sense thing, but people often become offended when I won't take their books - even though they don't want them anymore themselves! Ah, the peculiar psychology of those who secretly feel guilty about getting rid of their personal libraries and maybe shame that their personal libraries contained Full House: Behind the Scenes in the first place...

Also, I've been getting better at working steadily but with breaks as the year has worn on. My former practice had been to spend several days a week working maniacally and putting 150 books at a time into our catalogue and then spending the other days rocking back and forth with my thumb in my mouth, unable to talk. Balance is getting easier on the job and I think I'm getting more done because of it...The next frontier will be, in the spirit of Captain Picard, to find time between my incredibly important duties for working on my super-fine body at the gym (much) more often.

We plan to spend likely a great deal of money on a new awning for above the outside door, if our accountant doesn't tell us, at the end of the tax year, that this is a losing game. You see, eight years or so ago, this used to be a bookstore and cafe. The second owners never bothered to get the awning changed and so every once in a while some tourist who doesn't know better comes in incredibly excited...only to have me break their hearts mercilessly by pityingly informing them that what was once the cafe is now a room full of children's books, parenting books, teaching resources books, porn books, and recovery books. A curious mixture of topics, yes, which I can't take credit for but am sort of shame-facedly proud of.

And now, having done a bunch of work AND blogged, I think it's time to turn to my current novel, The Possibility of an Island, which is turning out to be one of the most over-hyped books I've ever read. But I'm open to it still surprising and impressing me.
Posted by Bookphilia at 14:38

"This Franz Kafka, do we know him?"

Gosh, I love that line! No wonder you (mostly) like bookstoring! Thanks for sharing, and congrats on your double anniversary.

I was once sitting in a Starbucks in Portland, Oregon, when I overheard essentially the following:

"A: In class today the prof was talkign about Andy Warhol. Do you know anything about him?

B: Andy Warhol? I dunno man, are you sure he didn't mean the Dandy Warhols?

Congrats on your anniversaries :)

Congratulations! Good luck with the awning.

I always hate to imagine how conversations I have in bookstores come off, but I don't think I've ever had anything as great as a collective "do we know him?" about an author. I mean, it's a legit line (sort of) but still endlessly humorous...

(I may have, once or twice, asked where I could find a book that turned out to be right under my nose. I blame bad eyesight.)

Happy anniversaries! I hope there are many more ahead of you. I wasn't sure whether I should laugh or cry over that conversation you overheard.

J.G.: Have you read a story of Kafka's called "The Penal Colony"? I read it several years ago and it made me so horrified on such a visceral level, that I still begin to feel nauseous if I think too much about it! For this reason, I keep avoiding reading more Kafka even though I really want to...

Biblibio: I have realized something since working here: it's almost impossible *not* to miss books we're looking for even when they're right under our noses - when immersing oneself in a place with upwards of 20,000 books it's really hard not to get overloaded with sensory impact! That's why slow browsing is so important. :) And I'm sure your conversations come off just fine, if your blog is any indication :)

Stefanie: I know. I know! Maybe laughing and crying aren't so far apart...