The state of the book in Toronto, late on a sweaty Saturday night 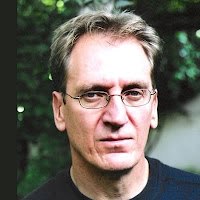 If someone were to do a fancy pants interview with me about reading and ask me about my favourite unknown book I would, without hesitation, name Ivan Vladislavic's The Restless Supermarket. Set in post-Apartheid South Africa, The Restless Supermarket tells the story of retired proof-reader Aubrey Tearle witnessing his world (Hillbrow, Johannesburg) changing in the most dramatic of ways.

Aubrey's kind of racist, he's prim and uptight, and he loves proof-reading. He's one of the most interesting characters I've encountered. Of course, he couldn't be all these things simultaneously if it weren't for the fact that Vladislavic is a brilliant writer. It doesn't seem like a promising premise, I know, and yet the character and the place and how they're connected are completely irresistible. Also, the Proof-Reader's Derby, a long text our man creates to test his companions' proof-reading skills, is one of the funniest things I've ever read; never mind that I missed at least 3/4 of the introduced errors.

So, given that I'm teetering on the reader's block abyss, it seemed a perfect time to return to Vladislavic, especially as a friend of mine gifted me a copy of his novel The Exploded View a few months ago. The Exploded View comprises four loosely related stories, all describing middle-aged men in Johannesburg trying to negotiate the alien, complex, and ever-changing city they find themselves in. All are solitary in some essential way and all speak languages (primarily metaphorical) that makes sense to few others. The writing is superb.

But I wasn't blown away by The Exploded View. I suspect this is a case, mostly, of the right book at the wrong time. As you know, I'm having trouble concentrating, but I think I may have found a solution (touch wood) after getting a tip from Biblibio. Today, I stocked up on YA novels and the first, Neil Gaiman's The Graveyard Book, is turning out to be real good medicine for me. But concentration isn't entirely to blame for my distressingly lukewarm response to The Exploded View; I just couldn't help comparing it to The Restless Supermarket, and finding it to be somewhat lacking. I wanted more time with any one of the four primary characters to really get into the depths of things...and while I respect Vladislavic's decision to show that isolation may be rather more universal than not in the new South Africa, I didn't find it entirely enjoyable.

That said, if I come across more Vladislavic when I'm in a better head space, I'll jump at the chance to read it.

Book-selling news, or, God dammit!
So, I think I've mentioned that we're having some building problems where our bookshop is housed. The long and short of it is, the back room (which currently holds about 6,000 books) needs to have its floor ripped up so the foundation, which is pretty much gone, can be rebuilt. We have to empty that room entirely, both of books and shelves. Apparently, this will take about a month and we'll have to be closed for significant portions of that month. This will likely happen in the summer, which is our must lucrative time of year. Our lease is up in October. Hubby wants to renew while I'm inclined towards cutting and running. I'm happy to have to tried it out; indeed, giving it a shot was all I'd ever insisted upon, so letting it go wouldn't kill me. That's how I feel today anyway.

But I feel this way (the cutting and running part), at least a little, because Toronto is not kind to its bookstores; all signs point to this being a losing game, culturally speaking. Queen St. West, once a mecca of new and independent shops, is almost empty (of bookshops; it's full of things like The Gap and Lush and Starbucks). Book City on Queen W. closed this month while the iconic and perfect Pages Books & Magazines closed last August because of obscene rent increases (and the space is still empty, damn those greedy landlords in their black, black hearts). And now, the equally iconic This Ain't The Rosedale Library is in a world of trouble, as I just discovered on the interwebs. And sometimes, I think I'll go mad if I hear one more person say that a novel, which I'm selling at half its original cover price, is too expensive. Sigh.
Posted by Bookphilia at 00:05

Amid all the sad and distressing elements of your post ( the death of the bookshop is appalling to me - yet how can they compete with on-line prices?)I squeal with joy to hear you're reading The Graveyard Book. I don't read very much YA but in my opinion this is a gem. Please tell me you have Skellig on your list - please. I BEG OF YOU ( that's me on my knees shouting a desperate supplication)

Not a decision to be made lightly. There's no substitute for a good brick and mortar bookstore that encourages browsing. But it sounds like your particular space is sending you a message about being there. Is a new location an option?

Celine: I have read Skellig! I read it the day before I defended my thesis (so, December 2008). It's in my archives if you're really interested. But I think it will suffice you when I say 1) I did indeed love it and 2) I picked up another David Almond book yesterday as part of my resistance to the reader's block!

J.G.: Not sure if moving is an option, but if we decide not to stay here we'll look into it.

I have my fingers crossed that all works out well for you bookshop-wise.

I realize there's nothing helpful to be said, but AAARRRGGGGHHHH and a plague on scuzzy landlords who don't properly maintain buildings. What a grim decision you face. I'm thinking of you.

I'm sorry. What a pain! I would have started thinking about moving locations as soon as the basement flooded, personally....

Ying: Thanks. If we survive the G20 this weekend we'll think of something!

heidenkind: The thing is, moving is a big risk too - who's to say a new landlord would be any better? And trying to create a whole new customer base sounds something like hell to me...