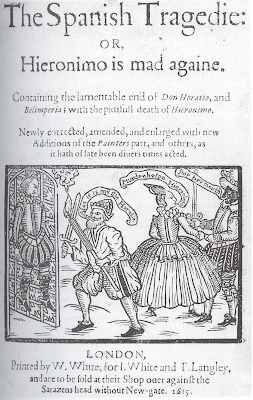 If you spent your days in a shop that not only doesn't have air conditioning, but is also actually hotter inside than outside because it is so poorly insulated; if you spent your days with a long and constant stream of sweat running down your back and a temper getting shorter by the second as dehydration set in; if you spent these sweaty, wilting days aching to leave so you could go somewhere cooler, do you think you'd find yourself working there in the middle of the night when you should be sleeping? No? Right you are.

Except here I am. It's 12:29 ayem and I am cataloging books. I can't sleep because even with the air conditioner on in our room, it's still too hot to sleep. Also, my mind is racing in mostly unpleasant ways. I've been trying all day to come up with something, anything, to say about Yukio Mishima's novel After the Banquet. I keep mentally approaching ideas and then they slip away. The novel in retrospect seems so unreal to me, it's almost like I haven't read it.

And I'm thinking about my trip to Kingston next weekend, which I am terribly excited about because there will be newborn kittens at my friend Vee's house and also it won't be Toronto, where I saw a dead body on the road today - the second dead body I've seen here, on the road, in the last two weeks. Yes, that's right. I am feeling selfishly grateful that I wasn't the first to see these bodies; the official works were in motion, i.e. cops on the way, when I stumbled into the chaos. I found - and was the first to find - a body that had clearly been dumped when I was in Seoul 10 years ago. That didn't bother me as much because these hometown corpses were lying in such unnatural ways. God, the angle of this guy's head this morning. Gah.

I'm sorry to horrify you, to make you share my queasiness but this is a book blog and I'm extremely awake and something I read this week is making this so much worse in my memory! I picked up my Gogol short stories again and just perused one called Viy; Viy is a horrifying gnome of sorts with eyes that go all the way to the ground, but that's not the problem with this story as he doesn't show up till the end, and besides gnomes? Gnomes aren't scary. No, it's the corpse of the witch in the church and its propensity for getting out of its coffin and roaring and moving its head in unnatural ways while trying to grab a certain philosopher doomed to read from the Bible for three nights in a row while locked in a church with her. I found the story to be terrifying before I saw this guy and his neck this morning. God damn.

I would much rather be discussing the amazing time I had seeing David Mitchell read and talk at the Toronto Reference Library this past Wednesday but there's a photo of us together (er, "squee!," as the kids say) but I can't find the cord to link the camera to the computer to download it, and also I'm all scattered because of the bodies everywhere, dammit. What I'm saying is, I'd liked to be both less disturbed and more organized before I write about Mitchell because I want to do the experience justice including, and maybe especially, the hilarious conversation I overheard, while I was standing in line to get my books signed, about a guy trying to go to the potato museum in New Brunswick.

Alright, 20 books cataloged and a blog post written - back to the suffocating apartment for some deliciously suffocating non-sleep!
Posted by Bookphilia at 01:32

While down in Melbourne, I believe I am coming down with my 72nd cold/flu of the Winter.

I am reading some good books though...

I fear it's as stinking hot here in Kingston as it is in Toronto - but we are not as quick to offer up corpses, so that has to be an improvement.

Oh, Colleen. I'm so sorry to hear about the grim images and hope you get some rest soon. Hornby: I thought How to Be Good was sloppy and aimless with a trite ending. But I LOVED Fever Pitch, which purports to be about football but is actually about obsession.

Tony: 72nd! That's bad luck. I hope you're drinking lots of hot tea and lemon...Oh man, I wish it was cold enough for hot tea with lemon here!

Lesly: I know it's hot in Kingston. Besides the relative lack of dead bodies though, Kingston also has something crucial: clean air. Or, at least, air that's much cleaner than the air here!

Ying: I'll give Hornby another chance one of these days then!

I know what you mean about the heat. Blargh about the corpses.

If you like fish n chips, I recommend stopping in Napanee for some. They have some of the best. It's a short light or two away from the highway and has visible signage. It's a mandatory stop whenever friends and I go between Mtl and To.

Okay. I have to stop at your first paragraph because wait a minute. Are we twins?! That is exactly how it is when I go back to school in the Fall (I mean AUGUST) with no AIR and I get CRABBY! Your comment made me smile on my own whine, and now I'm glad to see that I'm not alone although sorry for your suffering. Truly.

Wanna have ice cream together? XO

This sounds like a European novel to me. The seeing of dead bodies on streets, and the memory of it. The stifling bookstore. The cataloging. The finding of books that weren't there when you needed them. The longing for a good Haruki Murakami.

I feel for you. We haven't had that kind of no-sleep heat yet where I live this summer, but last summer the only thing that helped was putting my feet in a bowl of ice water.

The dead body thing is shocking. Are these homeless people who have died from heatstroke or what? I've never encountered a dead body outside of a funeral home.

As for your job, it STILL sounds better than mine. :P

Mish: Well, I don't eat fish and chips but it's moot anyway - I always take the lovely train to Kingston, which allows me both to read and to spy on others' reading and then blog about it.:)

Bellezza: If I ever get to Chicago, I will DEMAND that we have ice cream together. Even if it's November.

Trapunto: A bowl of ice water! I'm a fool for not thinking of that myself! Perhaps I'll write a parody of my own European novel; it's so easy I suspect it'll just write itself!

heidenkind: Not homeless, no. One was on the streetcar tracks. :(

Oh dear, I've never encountered any dead bodies while going about my daily business. I'd like to keep them in the books insted of reality. I hope the heat breaks soon!